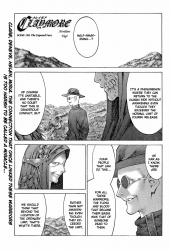 I've added Mediafire link since Tishare seems to be down at this time. Mediafire link will disappear shortly (and I'll probably be banned) so use it while you still can :].

FYI, page 9 is named as page 08v2.png since Share raw didn't have page 9 and I had to use a different raw (the same that Mangahead has but thankfully in higher resolution) and I was too lazy to rename pages 8+ (even by using Irfan View and batch renaming utility).

Edit:
Oh, and here's chapter 136 with a minor change - "one BY one" instead of "one ON one". That was mistake that Gernot has corrected.

Edit 2: (12.05.2013 9:20 a.m. GMT+1)
I've swapped the links with the ones directing to a version 2 of the chapter. The changes are minor, on p. 2 it's now: It's not like I'm not making light of the influence of the mind on the body.
That's the only change in the translation. Besides that I've done some additional cloning getting rid of "lines" that were on scans. You probably won't notice any difference but it looks better, believe me.