Hope this clumsy copy of Goral's posts looks alright... (Don't have a boxnet account so I used mediafire and I can't update the batoto chapter, can only add new ones... I think)

- Here's chapter 131, The tankobon version.
No interesting changes unfortunately. However, the quality from the tankobon is far better- I will also probably clean other tankobon chapters once volume 24 comes out... (Don't have enough time to redo old ones at the moment)
It probably looks different from what you're used to as I also typeset it and I don't use the same fonts as Goral (with some exceptions). If anything really bothers you, do tell and I'll make a note of it.

Last thing I should probably mention is that they changed the title of the chapter in the tankobon.
Chapters 128 ~131 are all called "Symbol of a knight" (I, II, III and IV), which is nothing big but I thought I should mention it in case anyone gets confused over the title.

Many thanks to Gernot who has translated new pages which were added to tankobon version. Not only that, one page was removed and the scene completely changed. 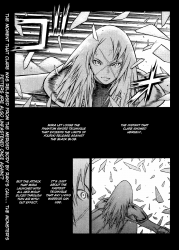 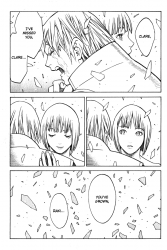 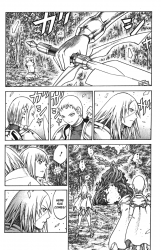 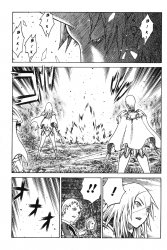 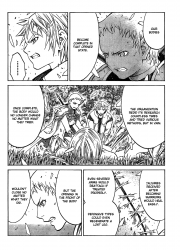 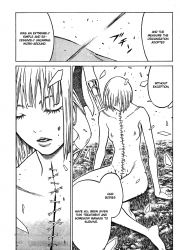 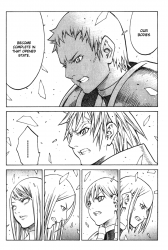 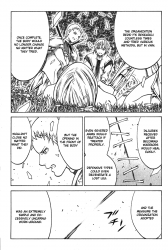 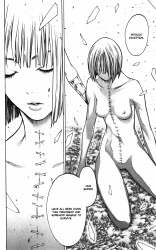 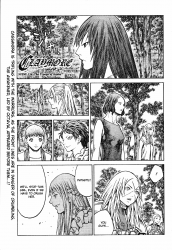 I was using this raw so there are some things that could be done better but after joining pages 12 and 13 I've lost motivation to do much more ;P. I can tell you from the get go that Mangastream has at least 3 4 mistakes (nothing major) so if you're not that concerned about quality I recommend MiB release ;). Although to be honest this time their scanlation is more blurry than usual (on th other hand they have awesome fanart so I recommend to check their version out).
Posted by Goral at 1:57 PM 12 comments: